The overall goal of Baltic Sea-KR was to establish greater inter-connectivity between the activities of Hamburg, Øresund and Helsinki in supporting knowledge-based clusters. Baltic Sea-KR aimed to create a strong Baltic Sea Knowledge Region with scientific excellence, capital and innovation far beyond the potentials of each of the individual regions. More specifically it aimed to set up a functioning inter-connectivity between the knowledge clusters in Hamburg, Øresund and Helsinki to be later expanded to include other metropolitan regions in the Baltic Sea Region. The strategy was to establish strong interaction between the innovation systems, particularly with regard to the support given to university spin-outs which was an area of common interest between the partners. The pilot action took advantage of the fact that the participating regions were already quite far progressed in their policies and support for developing the knowledge-based economy. On the other hand, while each of the regions had independently declared its dependency on regional developments, each had to date developed innovation policies and support mechanisms independently. This pilot action intended to make the first steps towards sustainable cross-regional clusters by applying the so called “triple helix” model approach to integration of the business, public administration and research communities, drawing on existing regional and local political initiatives.

BSKR was an experimental project which used the opportunity of a pilot action to take an exploratory approach towards the actions pursued. It has been very much driven by the individuals participating, and the personal relations established in the project have worked very well in a challenging undertaking. There is no doubt that all participants gained insights into each others’ regions which they did not previously have. Towards completion of the project there was a very open exchange of experience and willingness to be more frank and self-critical about the success of regional policies. The insights gained are being built on and there is a longer-term commitment to closer cooperation. There was also very good regional political support for the project. This was in evidence in particular in the support for the visit of Hamburg’s First Mayor to Helsinki, but also in the willingness to be involved in discussions concerning future activities. A very solid platform for establishing future activities has been achieved.

The final report can be downloaded here.

Are you looking for opportunities and partners to strengthen your ability to innovate?

We can support you in finding research and innovation grants. We are experts in initiating and managing multi-partner projects especially relating to science and technology. We tailor our work to suit your needs – anything from providing feedback on proposals to longer-term support for organisations wishing to change the way they manage research and innovation. Please get in touch with us. 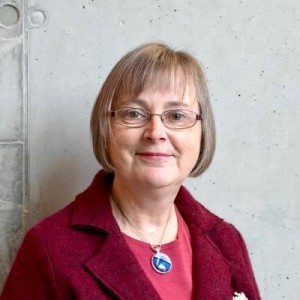