Dr Anne Lamp is an excellent example of how progress through the Tutech and Hamburg Innovation transfer ecosystem can work successfully – the start-up was set up with assistance from “Calls for Transfer” and “beyourpilot” and has now secured considerable EU funding with the assistance of EEN.

With support from the EU Office and the Enterprise Europe Network (EEN), the start-up has secured €2.42 million in EU funding.

A call to Tutech in July 2018 was where it all began: the TUHH research assistant Dr Anne Lamp had some questions for Tutech’s EU Office. The EU Office has a reputation at TUHH for its advisory services and for its intensive support when it comes to applying for funding. But not all funding programmes are the same, and it often transpires that other funding sources are better suited and more rewarding. That makes competent and circumspect advice all the more important.

Calls to Tutech about funding programmes are often put through to Dr Margarete Remmert-Rieper, since she is the main person to go to at the EU Office in matters relating to EU funding bids alongside Monica Schofield. There are plenty of challenges along the way before a scientific discovery becomes an industrial product, and so it was summer 2020 before a further conversation paved the way to the EIC Accelerator. Originally, the idea was to apply for funding under the “Biobased Industries” European research funding stream, because the aim was a collaborative project to scale up Anne Lamp’s research to large industrial quantities.

Tutech’s approach to consultancy includes precisely assessing the goals and needs of researchers so that advice on applying for research funding actually results in successfully getting funded. This is achieved through careful questioning and through good familiarity with the interests and political focus of the funding bodies. This knowledge means that the accuracy of matching research proposals to funding programmes is significantly improved.

Talking to Anne Lamp, it emerged that she was planning a spinout with her technology. She wanted to use funding initially to finance the next scaling-up steps. While the call chosen at first was not inappropriate, Margarete Remmert-Rieper immediately suggested a more lucrative one based on her knowledge of European research funding for science and industry – the EIC Accelerator.

For outsiders it may sometimes be hard to understand why Tutech is involved in so many different programmes and projects, not including the services and projects offered by its sister company, Hamburg Innovation. But for our common mission of “innovation” and for the success of our business partners, this consolidated, networked approach repeatedly proves advantageous in finding the appropriate route to success. It was Anne Lamp’s good fortune that Tutech is a partner in the Enterprise Europe Network (EEN), and thus supporting companies and start-ups falls within Margarete Remmert-Rieper’s remit. The start-up traceless, founded by Anne Lamp and co-founder Johanna Baare with the help of “Calls for Transfer” and beyourpilot, received an initial consultation on the EIC (European Innovation Council) Accelerator, and the founders immediately began working on their bid.

Working together with Sibyl Scharrer, her EEN colleague at IFB Hamburg, the Hamburg innovation and funding bank, Margarete Remmert-Rieper supported the proposal submission, acted as a sparring partner in repeated consultations, and reviewed the proposal at various stages of completion. Their wealth of experience and commitment helped to ensure that the core of the start-up project was economically and ecologically credible and convincing, so that the proposal immediately convinced the evaluators of the first EIC Accelerator round to be run under Horizon Europe. The pace was brisk, and yet the new call took a long time to be published. A wholly new EU artificial intelligence tool that had to be used for the submission was not yet online, and accordingly, the information about the call was meagre. It was a big challenge for all involved, yet their excellent knowledge of EU funding and experience of several funding programmes meant that Margarete Remmert-Rieper and Sibyl Scharrer were able to pilot traceless successfully through the new requirements.

In early April 2021 initial submissions for the EIC Accelerator became possible. In May 2021 the team was invited to submit a full proposal. The first deadline for full proposals was just four weeks later, on 16 June 2021. Thanks to the team’s focus, traceless was able to convince the evaluators from the first stage, through the full proposal to the final interview without any additional iterations.

It is an impressive success that joins a long list of start-ups with a connection to Tutech that were successful in the previous EIC Accelerator programmes.

Further information on the EIC Accelerator

The EIC Accelerator provides support for companies with game-changing high-risk innovation and high market potential coupled with European and global ambitions. The Accelerator enables start-ups and SMEs to bring concrete innovations to market readiness and beyond. The scheme provides both grant funding and investments.

Winners of the EIC Accelerator with a connection to Tutech

Local peculiarity: from 2014 to around 2019, there was an entry-level subsidy (SME Instrument Phase 1) that the following companies in the Harburger Schloßstraße won: 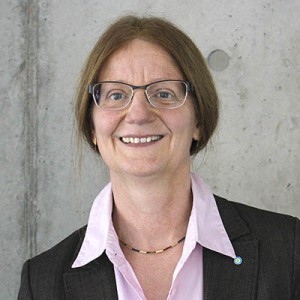